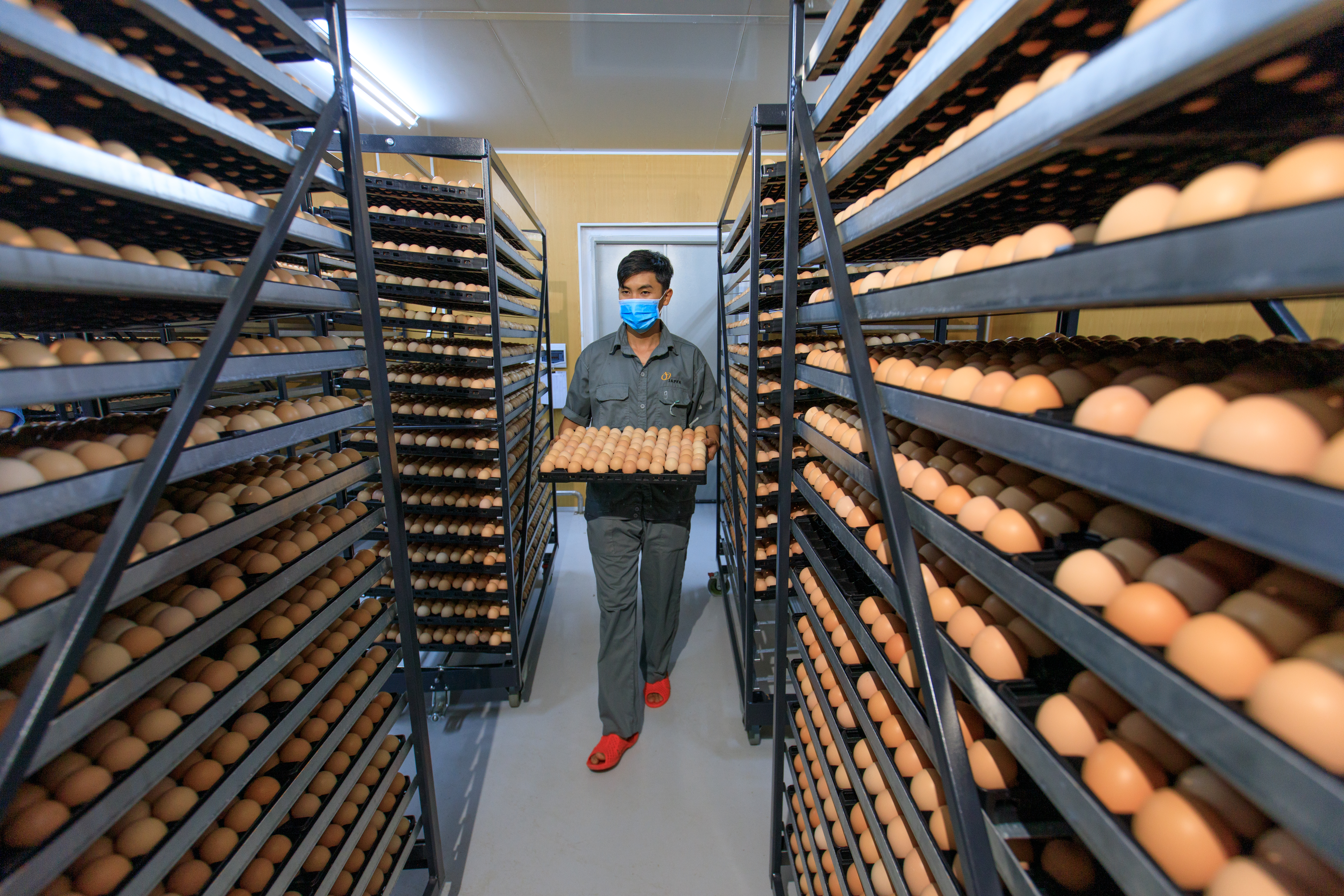 Japfa Vietnam officially put into operation the Poultry Hatchery in Pơng D’Rang ward, Krong Buk commune, Krong Pac district. This is the 4th factory and one of the most modern projects of Japfa in Vietnam.

The hatchery has an area of 2.2 hectares, designed and built according to a modern model, applying exclusive painless advanced laser debeaking technology and Inovo vaccination technology to protect chickens as early as the embryo incubation stage. With a closed process according to international standards of Global G.A.P and a design capacity of up to 40 million chicks per year, the factory is expected to meet the demand for high-quality chicks for the Central, Highlands, Southeast and neighboring areas.

Mr. Sanjeev Kumar - Deputy General Director of Japfa Vietnam said: “In the company's long-term development orientation, the Highlands is a key strategic market with a convenient location in terms of transport infrastructure, connecting with the company’s feed mills in neighboring provinces of Binh Phuoc, Binh Dinh and Binh Thuan. In addition, the local land bank is suitable for industrial livestock development, bringing stable economic value. Especially, with the support of local authorities, Japfa Vietnam has entered a period of strong development with higher ambitions and goals.”

The operation of the hatchery has an important meaning in shortening the transportation time to ensure the health of the chicks, thereby reducing the loss rate, and increasing the efficiency of breeding. The first batch of chickens of the Dak Lak hatchery factory has been sold since mid-November 2022. Assessing the quality, Ms. Huynh Thi Ly Ly (Hoa Thuan commune, Buon Ma Thuot city) said that the chicks imported from the factory are healthy with uniform quality. Infrared beak treatment technology makes chicks healthier, improves livestock productivity and ensures animal welfare compared to the traditional method of beak trimming at the farm previously. In particular, the chicks when transported to the farm have been sorted by gender to help optimize productivity when raising cocks and hens separately.

Japfa was present in Vietnam in 1996 with a joint venture model with Vietnam Livestock Corporation. In 1999, Japfa became a 100% foreign-invested company with the name Japfa Comfeed Vietnam Co., Ltd., headquartered in Huong Canh town, Binh Xuyen district, Vinh Phuc province.
Before putting into operation the 4th hatchery in Dak Lak, Japfa Vietnam has been operating 3 poultry hatcheries in Thai Binh, Binh Duong and Dong Nai. Up to